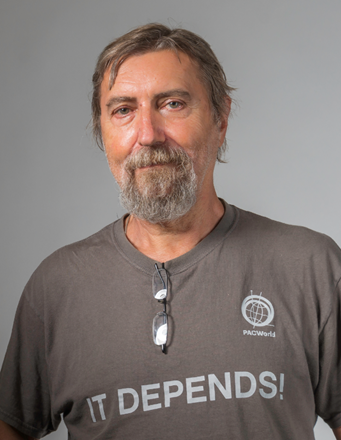 He is presently Principal Engineer for OMICRON electronics in Los Angeles, CA. He is IEEE Life Fellow and Member of the IEEE PES Power Systems Relaying and Control (PSRC) Committee He is past Chairman of the Relay Communications Subcommittee and serves on many IEEE PES Working groups. He received the IEEE PES Distinguished Service Award in 2007.

He is Convener of CIGRE WG B5.69 ”Experience gained and Recommendations for Implementation of Process Bus in Protection, Automation and Control Systems (PACS)” and member of several other CIGRE B5 working groups. He received the 2007 CIGRE Technical Committee Award, the CIGRE 2014 Distinguished Member Award, the 2014 CIGRE USNC Attwood Associate Award, 2017 CIGRE Study Committee B5 Distinguished Service Award and the CIGRE USNC Dale Douglass Award for Technical Achievement.

He holds four patents and has authored and presented more than 600 technical papers.

He is Editor-in-Chief of PAC World and Chairman of the PAC World conference.